Delphine Walsh was a 21-year-old dancer with a bright future ahead of her. She was beautiful, talented and had recently discovered she was pregnant. It was 1929 and abortion was illegal in the United States. Delphine’s only choice was to have a dangerous abortion in the back alley. Six days after the operation, she was dead. Her story is a warning of what can happen when women do not have access to safe abortions.

She was born Delphine Dockerty on June 19, 1907 in Bisbee, Arizona. Her parents, Thomas and Mary, immigrated from England and changed their last name to Dougherty. Thomas worked as a miner, but he struggled with alcoholism. The family was very poor and Delphine had seven siblings. From a young age, she found her joy in dancing. When she was six, her family let JJ and Beulah Mae Walsh adopt her. The couple believed they could turn Delphine and their daughter Jessie Maye Walsh into stars. They left for Hollywood, where the girls took ballet lessons at Payne Dancing Academy. They joined the Raymond Teal dance company and performed at events across the country. After JJ Walsh died in 1919, Delphine and Jessie Maye became the breadwinners of the family. Delphine danced at the Ship Cafe in Venice Beach and worked as a raven girl. Then she was hired to take part in Fanchon & Marco’s water show Dancing Venus Idea. They called her “The Girl with the Perfect Figure”. She also sang in several radio programs. Delphine became close friends with actresses Natalie Joyce and Mildred Harris, former wife of Charlie Chaplin. 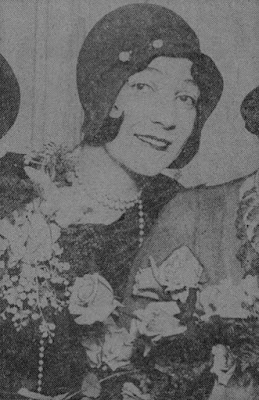 In early 1929, she joined the theater company Hollywood Scandals. Around this time, she began dating a married theater director named Mickey Moran. Delphine discovered she was pregnant in the spring. When she told him about the pregnancy, he sent her an envelope filled with cash. With no other options, she underwent an abortion on April 27, 1929. Dr. PS Traxler performed the abortion. He was assisted by the former forensic pathologist Dr. RS Lanterman. Something went wrong, and that night she was taken to Windsor Hospital in Glendale. She spent six days suffering from bleeding, severe nausea and fever before tragically dying on May 3rd. The beautiful dancer was just twenty-one years old. Her official cause of death was septic peritonitis after a criminal abortion. Delphine’s death became a major scandal in Hollywood, and her famous friends were questioned by police. Mildred Harris initially denied knowing her, but later admitted they had been roommates. 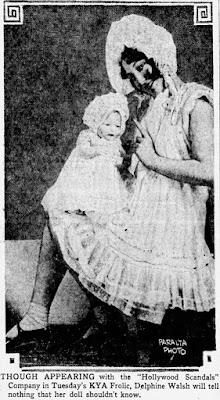 The press happily reported rumors that she was involved with several men and loved to party. One of the last things Delphine did before she died was to give investigators the name and address of Mickey Moran. He claimed he was not her lover and said she was involved with a man in Vancouver. Meanwhile, her sister Dorothy Holquin tried to claim her body so Delphine could be buried in Arizona. Instead, her adopted mother buried her in an unmarked grave in Hollywood Forever Cemetery. One month after her death, her father, Thomas Dougherty, died of what the press called a “broken heart.” Dr. Traxter and Dr. Lanterman was arrested for murder and put on trial in September 1929. They denied having given her an abortion, claiming that they only helped her after she tried to do it herself. The doctors were both found not guilty, but their licenses were suspended.

The real tragedy of Delphine’s death is that she would not have died if she had been able to have a safe, legal abortion. Before abortion was legalized in the United States, more than 1,000 women died each year because they had an unsafe abortion. We need to keep abortion legal in this country so that no more women have to die. 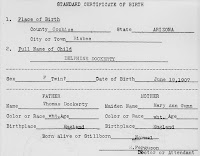 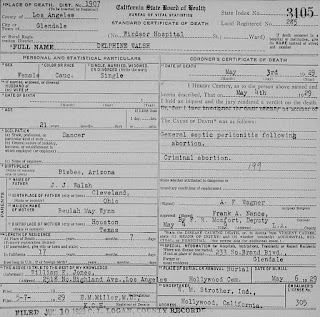 In May 2020, Delphine finally got a grave mark in Hollywood Forever. It was paid for with a fundraiser created by Jessica on Silence Is Platinum 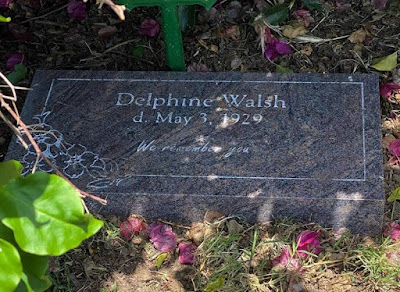