Workers across North America are slowly returning to the office, but here in Toronto, returns are lower than in more than a dozen other major cities across the continent.

A new real-time measurement of downtown foot traffic, created by Avision Young, is used to measure the return to office rates for major North American cities. Called The Vitality Index, it collects data on 23 cities and compares current foot traffic levels in the city center with pre-pandemic levels.

Toronto ranked 18th out of the 23 cities with foot traffic down to 85.8% from the week of March 2, 2020. Only Silicon Valley, Oakland, Miami and Ottawa ranked lower. 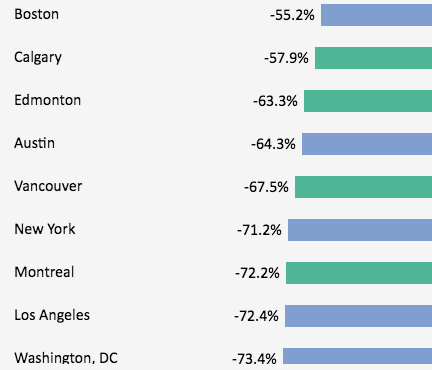 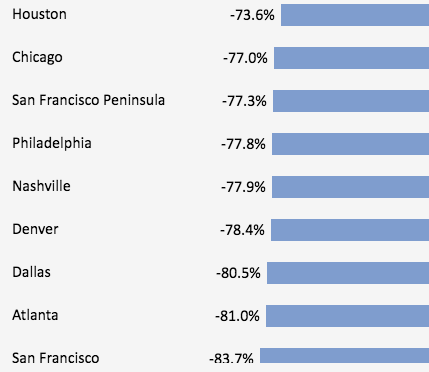 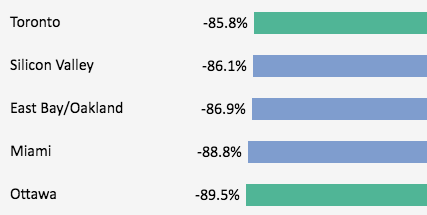 As no city has yet hit a difference of less than 50% relative to the pre-pandemic level, Avision Yong says many companies are still deciding whether it is safe to return to the office.

“Everyone is looking for the Goldilocks position – companies do not want to move too soon or too late,” said Avison Young’s President of Professional Services for the Americas, Sheila Botting. “Vitality Index is wildly important for people who want to understand what is happening in real time and over time in large markets. It measures the pace so that managers can make decisions based on concrete information and analysis. ”

Even as offices begin to reopen, Botting says the way people work is likely to look different than before the pandemic.

“One size does not fit all,” Botting notes. “Every organization is different. Every employee is different. And when you put it all together, we need more dynamic environments that allow us all to move forward. ”